The finale preparations are being made. That includes bringing in the chicken. Thankfully we only have one. Mrs. Peeps

My Cockatiel, Cletus is temporally in his smaller cage while Mrs Peeps takes refuge in the big cage.  Yes this is a first. I put a towel between the cages to keep the peace.
The other animals will come down if need be are my cat Buck and Chihuahua Spice.
Peck-Peck, Squawk, meow, woof....

The "fun" starts Sunday night. At least the storm shifted more to the West, putting me out of the "cone of uncertainty" , i can breath a little easier, but not totally as hurricanes are so unpredictable and do what they want. Our projected winds so far are around 80 or so (about a cat 1). Bad side of the storm however that spawns tornados.

We're not in an evacuation zone, and my house is three stories and high above ground, so hope that will be in our favor. Just worried about the big trees -two in back. There's also one in front, but i don't think that ones going to do much, maybe fall out towards the road. The town recently trimmed it away from the power lines too.

I think our area is as prepared as can get. Many did stay. Hopefully we can come out of this better than some of the "media" are saying. I learned the hard way that some like to instill fear just to get a click on their stories etc. That pisses me off.

Here's my house now all boarded up with wood and metal. We will be at the lowest floor if needed.  I will post again soon. 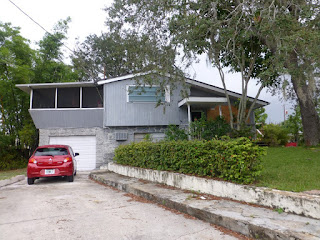 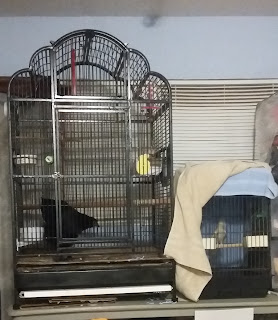 Looks like you're as prepared as can be... will be thinking of you lots this weekend.

Thank you. The last forecast i heard was better. It looks like now we can expect 50mph sustained winds with gusts around 80. But higher risk of tornados on the "dirty" side of the storm.